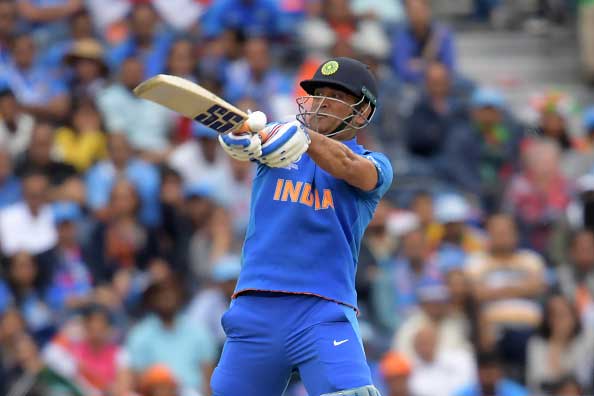 After the IPL 2020 was postponed due to the growing coronavirus pandemic, questions have started being raised on whether the tournament could be actually held at all. With the global death toll due to the virus crossing 10,000 on Friday, dark clouds hang over the fate of the cash-rich league. But for one India player in particular – MS Dhoni – an IPL cancellation could have far-reaching effects.

While India head coach Ravi Shastri and many others in the cricket fraternity already putting the onus on Dhoni to perform in the IPL in order to gain an entry into India’s team for the T20 World Cup to be held in October, the fate of the IPL could very well decide that of Dhoni.

As far as former India captain Sunil Gavaskar is concerned, chances of a Dhoni comeback are ‘highly unlikely’.

“I would certainly like to see Dhoni in India’s World Cup squad but it’s highly unlikely to happen. The team has moved on. Dhoni is not someone to make big announcements so I reckon he would silently retire from the game,” Gavaskar told Dainik Bhaskar.

Earlier, former opener Virender Sehwag had also said he doesn’t see any reason why India should not stick with the two young wicketkeepers, especially KL Rahul after the good run of form he displayed in the series against Australia and New Zealand.

MS Dhoni’s sabbatical post the 2019 World Cup and his impending return to international cricket have become much-debated topics in Indian cricket in the recent past. Dhoni has not played an international match after India’s exit in the World Cup semi-final in July 2019.

However, MS Dhoni trained in Ranchi in the lead up to Indian Premier League (IPL) 2020 and also led the Chennai Super Kings (CSK) training camp in Chennai before the cash-rich T20 league was suspended due to the outbreak of novel coronavirus.

“Where will he fit in? With the likes of Rishabh Pant and KL Rahul already in form, especially the latter performing exceptionally well of late, I think there is no reason why we should not stick with them,” Virender Sehwag was quoted as saying by The Times of India.

On the other hand, Dhoni found some support in the form of former India batsman Wasim Jaffer, who on Wednesday said that the Men in Blue can’t afford to look beyond a fit Mahendra Singh Dhoni.

Jaffer, who recently retired from all forms of cricket feels that the former Indian skipper (Dhoni) is an ‘asset for the team.

The right-handed batsman also said that Dhoni behind the stumps would take the pressure off from KL Rahul.

“If Dhoni is fit and in form I think we can’t look beyond him as he’ll be an asset behind the stumps and also lower down the order. It’ll take the pressure of keeping off Rahul and India can play Pant as a batsman too if they want a lefty,” Jaffer tweeted.